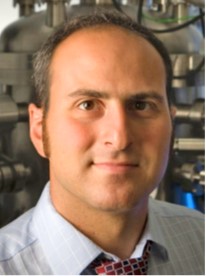 The course starts with a brief introduction to basic plasma and sheath physics, with emphasis on plasma sources for depositing plasma with significant metal ionization and gas activation. The operation of cathodic arcs and inductively coupled magnetron sputtering will be contrasted with the processes in conventional magnetron sputtering. Those points are the foundation for understanding the time-dependent processes in pulsed magnetrons. Emphasis is put on the high pulsed power case, when significant ionization of the sputtered material occurs, leading to the new technology of high power impulse magnetron sputtering (HIPIMS). The role of self-sputtering, magnetic confinement, secondary electron emission and plasma self-organisation is examined.  The development of the morphology of thin films and their crystallographic texture is considered in relation to the metal ionization and in the context of reactive gas dissociation events.   This technology is seen as enabling for efficient self- ion etching and self-ion-assisted film deposition on large areas or batches of substrates. The issue of power-normalized deposition rate is discussed.  The course shows examples of HIPIMS coatings such as complex nitrides for hard and wear-resistant coatings, oxides for photocatalytic and biomedical applications and metal coatings for microelectronics and particle accelerators.

This course is intended for engineers, scientists and students interested in Ionized PVD techniques.

Lecture notes will be provided.

All short courses include detailed course notes, morning and afternoon breaks. Lunch is not included in the course registration fee.